MicroPAD the tiny-home solution for homelessness

Homelessness is still an increasing problem especially in big cities. One example is San Francisco, where the number of houseless people is growing all along. The local company Panoramic Interests has invented a kind of Tiny Apartments named MicroPad (Prefabricated Affordable Dwelling) which might be a solution to this problem as an alternative to expensive rents in traditional flats. The units are so constructed that they can be easily stacked onto each other. The Tiny Apartments are really small with about 14 square meters, but alt though they include a cooking area and a bathroom.

The MicroPAD-units can be easily stacked on each other and can get up to 12 floors, depending on the area they are placed in. In the ideal concept they should be inserted into gap sites between huge buildings, which are usually very unattractive places for city-constructors or architects. Doing this, money from unused areas can be saved and the grounds will be used in a good manner. MicroPAD-units can also be fixed on existing buildings, car parks or similar.

The Tiny Apartments are 2,7 meters high and every centimeter is carefully measured and used clever. The bathroom includes a shower and a toilet. The bed can easily be transferred into a sofa and even a small desk is introduced. You will also find enough storage place for your stuff. If its necessary the apartment can also be adapted to the norms of disabled people. 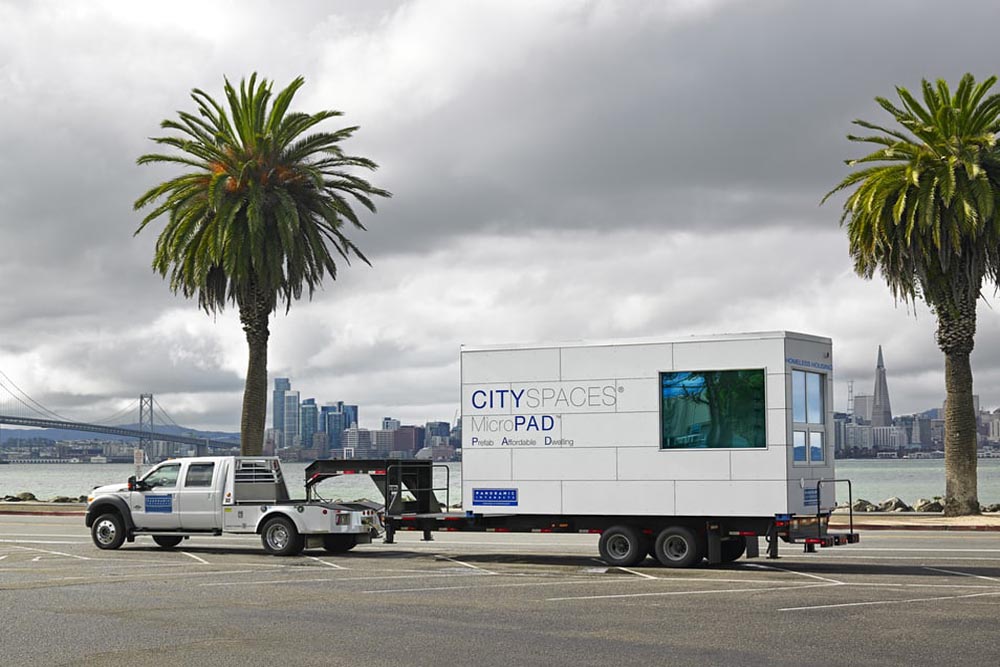 Panoramic Interest will introduce its test project soon in San Francisco. If it finds enough appreciation, the apartments will be manufactured locally and constructed by the same company. The finished MicroPADs are then going to be rented by the city. The rent is going to be 1000€ per month per unit. (It costs the city $30,000 a year for one bed in an alternative shelter.)

The inventors have also concerned the problem of the earthquakes that often appear in San Francisco and they secure, that the MicroPAD can be reconstructed by half the time as traditional buildings. Furthermore are the costs of the reconstruction 40% lower than in traditional buildings. Are these enough advantages for introducing MicroPAD apartments? Time will show what the government decides.

Latest posts by imysliwiec (see all)

7 thoughts on “MicroPAD the tiny-home solution for homelessness”