Basically, the programme generates new faces of people, who never existed. It uses data which was fed initially into it and uses it to create a new face. The face features elements of chosen age, skin color or even details like freckles. The video below shows how the faces are generated using sample photos.

What do you think let me know.

Deepfake and their future

What are deep fakes and what will be their future

Deepfake is a combination of word deep learning and fake. Basically deepfake are videos which use already existing image to combine with a video just like the one below with Nicolas Cage. Mainly deepfakes were used to create fake news and hoaxes.

Right now even in initial state of deepfakes it is hard do distinguish real video from the fake one. In the future it will be even harder with development of this tech and huge amount of data available in the web. For example fake videos of celebrities or politicians already exists which are almost perfect. Despite the video itself but also audio and specific facial movements of person can be “trained” if there is enough data. the video below shows previous US president Barack Obama

Touching the sky with Rirchard Branson

A project Virgin Galactic which have been around for 14 years almost hits commercial market.  Sir Richard Branson spent over 1 bn dollars of his own and 300 mln dollars from investors to finally reach an important milestone. Virgin Galactic spaceship 2 reached altitude of over 80 km  which is consider a boarder of space in United States. Entrepreneur claims he will use his vehicle to get to the space within 3-4 test flights. Over 600 people are already waiting for commercial use of Branson’s project which probably will start in 1 year.

The spaceship (first picture) will take 8 people to the boarder of space 2 pilots and 6 passengers. it will be uplifted thanks to Whiteknight two ( second picture) at the altitude of 15 km and then little spacecraft will start it trusters and get customers to the edge of space. 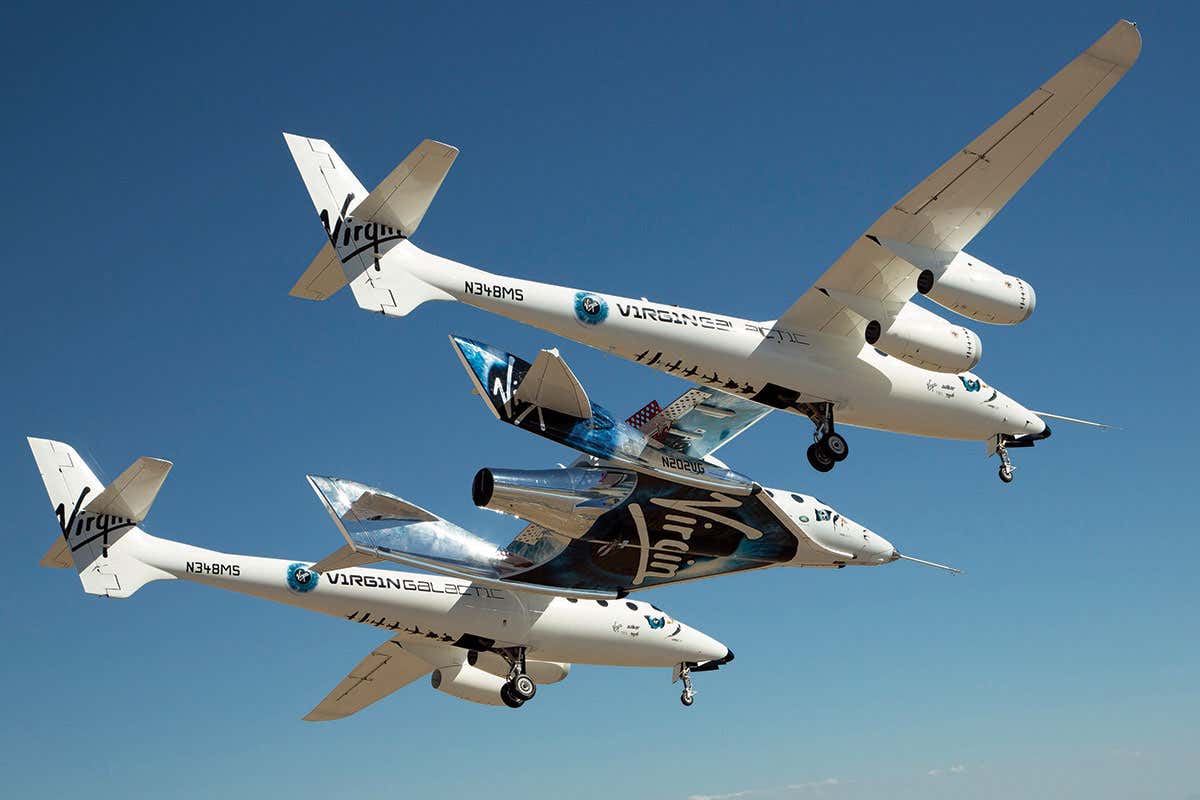 Despite the fact Virgin galactic haven’t started yet it already have competition thanks to another giant company which is Amazon. Jeff Bezos have the same ambition of taking people to the edge of space but to the international one which is Karman line (around 100 km). On the other hand Branson accepts that and claims that this area of bussines will have enough space for both of them but not anyone else.

This will change change definitly the turistic market forever and will bring it closer to interplanetar travels.

The 13th Critical Assessment of Structure Prediction (competition) took place on 2nd of December 2018. Deepmind showed their latest project AlphaFold during this event.

First of all this program gets a sequence of amino acids which later on are analysed thanks to neural network and data base. Then it predicts angels of connection of amino acids and the distance between them. At last it creates 3D model (like the ones above ).

In the contest the AI competed with human teams and made the most accurate prediction 25 times ( out of 43 tests ).

Thanks to predicting how proteins fold, in future we will understand diseases such as Alzheimer’s, Parkinson’s, Huntington’s or  cystic fibrosis and maybe we will figure out how to cure them. We will also gain more knowleage how different proteins could react to one another  or what physical properties they have.

Project AlphaFold is based on previous Alphas (e.g. AlphaGo) which were mainly AI created to beat humans at games and to learn how AI works. Now this AI will help scientists create new ideas, for example how to improve cures, develop new theories or create new materials made of proteins.

AI just a few years ago was something futuristic but now rapidly developes into everyday solution in different fields of our life.

About 2 years ago it was the first time when I heard about AI. Now it seams that it could help radiologists to check X-rays . Back then it wasn’t even in Alpha tests and now it  becomes reality.

Right now in Europe when mammograms are performed, normally 2 radiologists are looking for the signs of cancer. In a near future it will most certainly change.  AI will be detecting irregularities in x-rays scans thanks to deep learning and big data base of images of breasts with anomalies.

A few start-ups already started working on those programs e.g. Berlin-based MX Healthcare which collected over 1 million imagines (just like the one below on the left). Google also started working on AI  with the same purpose using program called Lymph Node Assistant, or LYNA. 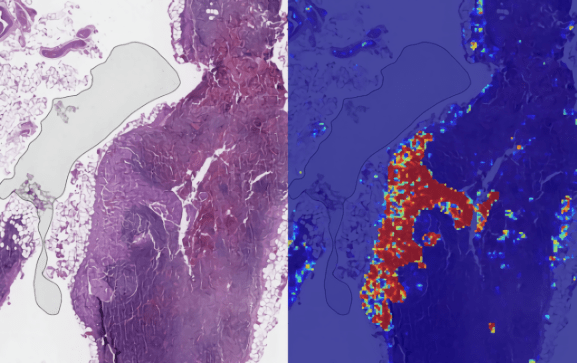 LYNA detects metastatic tumors made of cancerous cells which break away from their original tissue , circulate through the body and form new tumors in other parts of the body. Those cells are extremely difficult to detects and due to  that there are around 0,5 millions deaths annually. In one of the tests Google operating system received 99% accuracy ( comparing to human with only 62% ) which only tells that in future AI will be used 100% with or without help of radiologists.

The difference between LYNA and other AI is a data base. Google AI uses open source data which let it learn and practice more efficient than other programs.

To sum it up, AI in the future will be checking probably all X-ray imagines due to it superiority over humans, but it doesn’t mean that radiologists will lose their jobs. This is because AI will be able to check the past of the cancerous changes but not the future of them.