Tesla employees have to get back to the office

Elon Musk is well known for two things, his unheard-of ideas sci-fi alike, and bold edgy comments often followed by decisions. In recent days, the example of the second one became quite a hot topic after Teslas CEO announced that he wants employees back at the office or there will be layoffs.
But what happened and why?
A recently leaked email from the internal communication stated that the executive staff of the company is required to come back to the working at the office not less than 40 hours a week, and if not they will be released. Although the message was leaked and not an official statement from the company CEO did not deny its authenticity of it. Even more, he wrote that if the employees don’t want to adjust, they “should pretend to work somewhere else”.
But why is Elon pressing so much on working stationary? According to him, it’s about the visible presence and showing workers that senior-level staff is there too.
In addition, the new policy might be connected with the fact that he is concerned about the state of the US economy and ordered Tesla’s HR department to freeze some recruitment processes.

They should pretend to work somewhere else

It also might be the first sign that more companies would rather have their employees at work instead of working from home. Recently, more organizations decide to limit remote working and encourage their employees for working stationary or at least in a hybrid model.

Despite being one of the biggest apps for influencers and content creators, TikTok is awful when it comes to monetizing your creativity. The platform does not offer creators the ability to easily earn money from the ads in the same way as Facebook or YouTube does. Because of that, major income comes from donations and collaboration with companies. As a result, smaller accounts can struggle to earn significant amounts of money. Because of that, Bytedance announced that it will introduce a new program that allows creators to monetize their content easily. TikTok Pulse is going to let companies choose their target audiences and put their ads before the most popular videos in the chosen category. Thanks to that, the marketers will be able to take more advantage of the platform and creators will have a chance to earn more.

The first tests of the program will take place in the US next month, and later this year should appear in other countries. Unfortunately, for now, only accounts with more than 100k followers will be eligible to join the program.

Aerial Taxi is closer than you think

An American startup based in California has been working on aerial transportation of people for almost a decade. A decade of work is finally starting to give hope for a service launch in the near future. Especially as more and more information about the project’s development has been coming to light in recent months and tests.
Joby has been working for years to develop its own production of lightweight electric aircraft that could serve as air cabs. The vehicles would be fast, quiet, and able to carry at least a few people. Although development is still ongoing, at this point it can be admitted that many of the goals have been met. The planes are able to take off horizontally, thus eliminating the need for runways, can carry a pilot and four passengers, and have a top speed of over 320 kilometers per hour.
According to the organization’s calculations, air travel can prove to be up to an hour faster than ground transportation when driving through urban traffic jams. As demo inventors provide a simulation of driving thru New York City by car and flying over it in their proposition.
In addition to the machines themselves, the challenge for the project is to obtain permits to fly in urban areas and to reach customers. With help come companies that have the resources and know-how. Because of that, the recently established partnership with Japanese airlines and Korean SK Telecom gives hope that entering the Asian markets within the next few years is reasonable and at least remotely possible.
By partnering with Uber, the company hopes to make ordering its services as easy as regular cab and take advantage of the already existing huge base of customers.
Although the idea seems genuinely futuristic we have to remember that the future is now and the development of new technology is quicker than ever. Especially when it comes to solutions to improve our everyday life.

Reading Time: 2 minutesYesterday (24.10.2020) RTX3090 has been officially released and tests showed the performance of the new GPU which presented the potential to be a game-changer. While for most of us gaming or watching movies in 4k is still unachievable. The RTX 3090 with some additional help from AI techniques can achieve 8k 60fps gaming in many AAA titles. The best explanation of what the dlss is Nvidia gave themselves. “The DLSS team first extracts many aliased frames from the target game, and then for each one, we generate a matching “perfect frame” using either super-sampling or accumulation rendering. These paired frames are fed to NVIDIA’s supercomputer. The supercomputer trains the DLSS model to recognize aliased inputs and generate high-quality anti-aliased images that match the “perfect frame” as closely as possible. We then repeat the process, but this time we train the model to generate additional pixels rather than applying AA. This has the effect of increasing the resolution of the input. Combining both techniques enables the GPU to render the full monitor resolution at higher frame rates.” 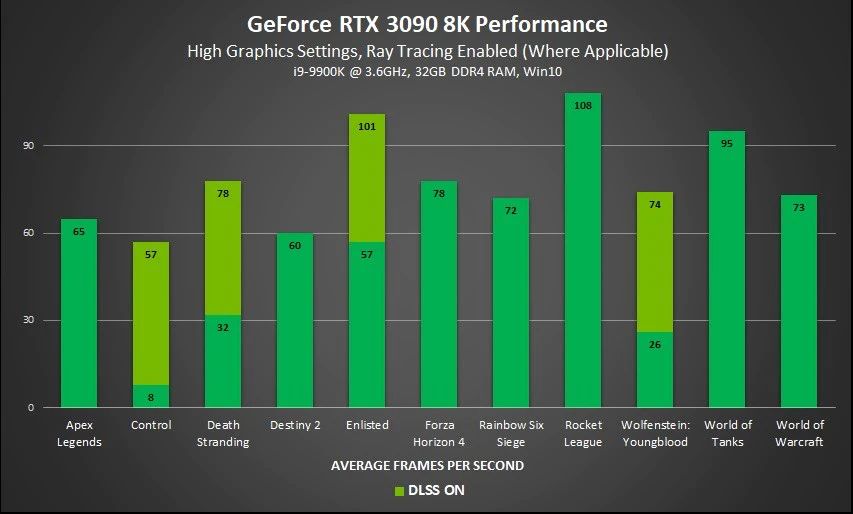 It brings the ai and self-learning technics to personal computers and casual usage of it. That is a significant step forward in making AI-ish technics more understandable globally. Nvidia as a company is massively engaged in developing ai technique to improve everyday pc usage and in the future, such software improvements can mean more than the raw power of the components.
A case that shows the Nvidia capabilities is the fact that the new Mercedes S class uses their chipsets for “autonomic driving” and safety features but that is a whole bigger story.

Reading Time: < 1 minuteBy french competition watchdog decision apple has been fined for $27 million. Three years ago the company was suspected of slowing down older devices without informing its customers about it and with no option to revert to an older software version. Also, they didn’t inform users that it can be fixed just by replacing battery instead of the entire phone. According to an explanation released by apple, they decided to throttle phones to prolong battery life. Yet but not informing clients about the cause of the slowdown users might be misled and in result overpay for exchange of the whole phone. As a result, Apple was fined $27 million and had to put an informing banner on the french version of the website.

Reading Time: 2 minutesFirstly For those who by any chance are not aware of what CES is, I would like to summer it up quickly. CES stands for Consumer electronic show and is one of the biggest electronics show in the world. Just to show you the scale last year it covered over 250 thousand square meters with almost 4.5k exhibitions and attracted over 175k people which is more than hotel capacity in Las Vegas where it takes place. Also during the event next to exhibitions many companies host conferences on which they show the most important innovations and vision for the future.

In the case of Samsung this year such an idea was G.E.M.S (Gait Enhancing and Motivation System) futuristic way of training that features usage of exoskeleton and AR glasses. It is a complex training with a virtual personal trainer that can modify workouts routines just for you and will introduce you to every exercise thanks to AR technology.

Another new idea introduced by Samsung this year is something that will try to satisfy a growing market that is concerned about data security. Nowadays almost everyone has an external drive or Pendrive with many data, photos, and documents that in case of being lost shouldn’t be accessible by a founder and that’s why Samsung decided to make it easier for consumers to protect their data and add a fingerprint scanner to their new external drive. Surely there are plenty of ways to protect your drive with a password but the biometric method is just so much easier and thanks for that hopefully more of us is going to use it to become less vulnerable for privacy harms.

Another product idea was already presented on this forum so I will just leave a link to it and wish you great reading: http://techblog.kozminski.edu.pl/2020/01/10/your-personal-bb-8-from-samsung-meet-ballie/

Reading Time: < 1 minuteMost of us learning new skills such as driving a car, a new language or another topic in math associate with stress and rather unpleasant experience but… Maybe we should change our attitude in light of an experiment done by researchers at the University of Richmond.
Dr. Kelly Lambert with her team decided to teach rats how to drive miniature versions of cars. This was less complicated than driving in the city center during the rush hours but for rats, we can imagine that it was something completely new. After the process of learning rats hormones where tested and it showed up that every tested object had higher levels of dehydroepiandrosterone which is a natural antidepressant.
It can seem, to be not worth checking out but according to researchers, it might be the right step into discovering a cure for such sicknesses as schizophrenia and depression.