In the Italian Ronchillon, farmers grow hazelnuts on an experimental plantation (in the country 100 thousand tons of this product are produced annually). Experts check how the plantations feel, note diseased trees, prune them. Agronomists know that in such large areas the distribution of water and nutrients is uneven: some plantings may lack fertilizer. Moreover, according to tradition, all trees undergo the same treatment, regardless of whether they need it or not.

Engineers use motion capture technology and autonomous control algorithms to maximize the accuracy of the robot. This is important, for example, when marking trees to be pruned. Farmers still have to work manually, but with the robot it will be easier for them to find what and where to cut.

Meanwhile, scientists from Brussels and Germany are joining forces to help farmers: they developed an autonomous drone to inspect large plantations. A drone equipped with cameras will indicate to specialists where it is necessary to intensify watering, and where pests are activated; he is also able to evaluate the prospects of the crop. What is important for companies using products from the fields in production.

Scientists warn: robots will not replace experienced agronomists, but will unload them, taking on part of the heavy physical operations. 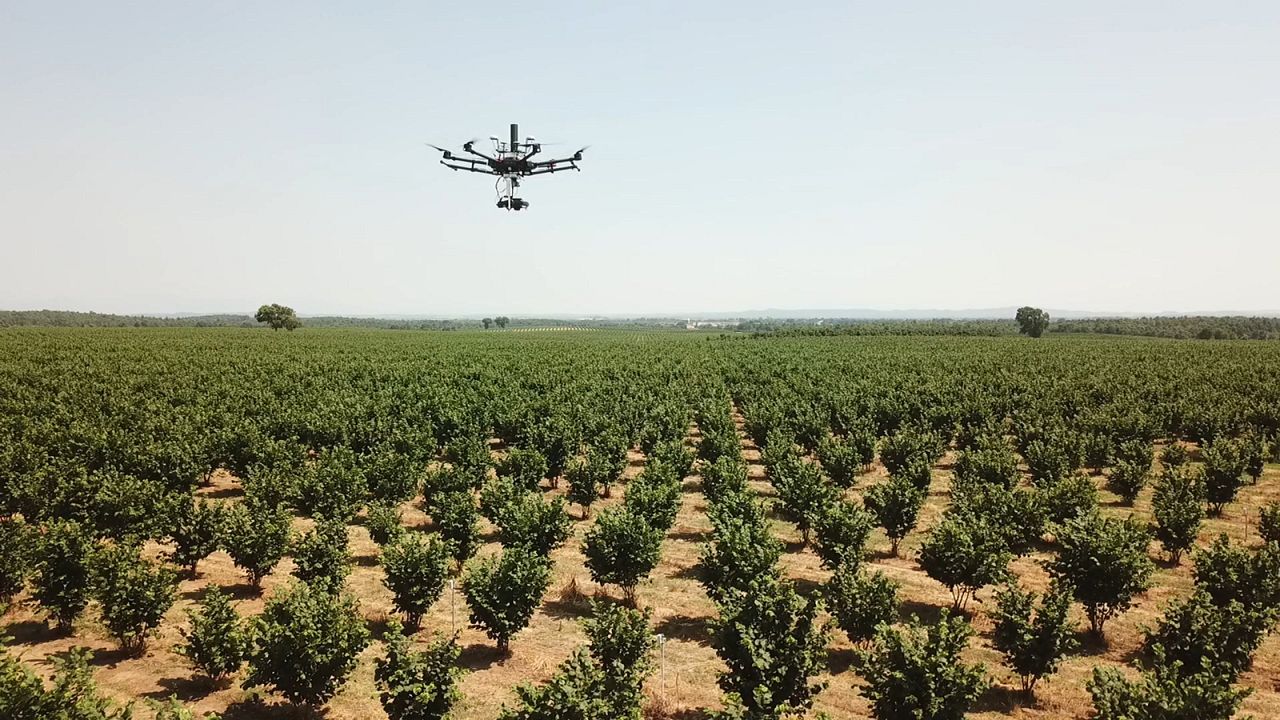 Game technology rushes to the aid of scientists who monitor, protect, and save coral reefs around the world. Researchers from the 100 Island Challenge team have been studying the health status and changes of corals for many years, compiling maps on which their location is plotted in the area of ​​100 different islands. This requires precise methodological work deep underwater. Scientists using a specially designed camera system collect images of coral reefs, creating digital 3D-renderings that can be studied in detail and used to observe how these populations change over time.

Stuart Sanden, Researcher, 100 Island Challenge: “Our goal is actually to get an idea of ​​what is going on with coral reefs today and to understand what will happen to them tomorrow.”

The data collected is transmitted to the engineers. Then they are processed on a computer using a special program that allows you to extract information from these 3D models in a way that was previously impossible. According to experts, the basis of their work is the huge successes achieved by the video game industry and the improvement of their technologies.

According to experts, thanks to the development of the video game industry, advanced technologies have become so mundane and cheap that researchers have the opportunity to use them to find solutions to many pressing problems of our planet. 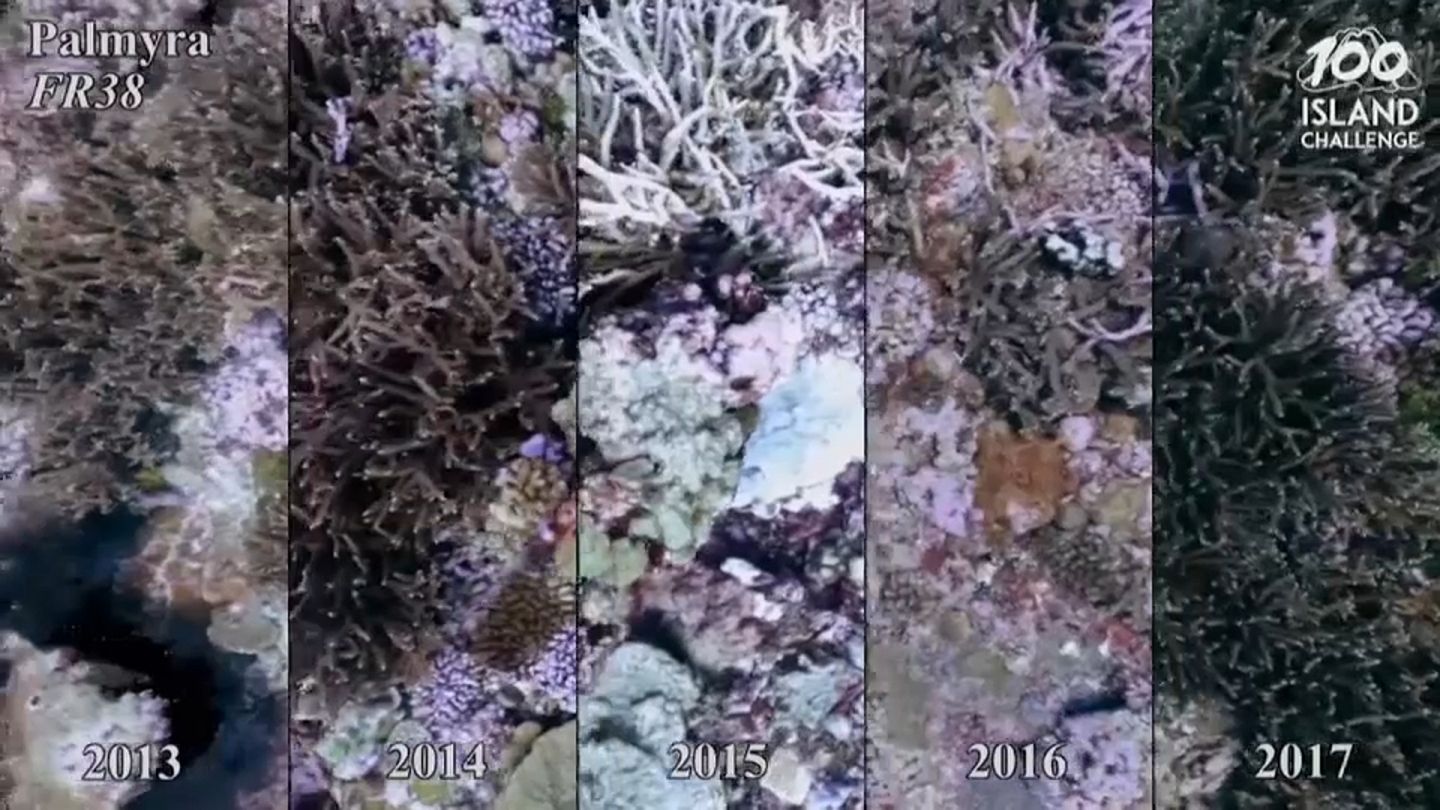 In modern Spain, meat, according to bioengineer Giuseppe Schionti, will fall on a plate from under a 3D printer. The Iberian kingdom is famous not only for meat gastronomy, but also for the level of consumption of animal protein, one of the highest in Europe – 94 kg per year per person. Red meat is harmless – but not in any quantities.But the founder of Novameat, Giuseppe Schionti, does not bother: “This is the first product that looks like a real beef steak, its consistency also resembles a piece of meat, and at the same time it is a vegetable alternative to pet meat. The numbers speak for themselves: meat production, The UN Food and Agriculture Organization, or FAO estimates that it’s about 14.5% of emissions, and all modes of transport on the planet are 13% of emissions. ”

Senor Schionti uses raw materials for the production of meat that do not need to be imported, that is, it does not have a negative impact on the environment. Artificial steak also has other advantages.

Dietitian Maria José Martínez Obiols tells about them: “The meat” printed “on a 3D printer is, in my opinion, a completely balanced food product, because it is made from peas, rice, and also the proteins contained in seaweed, so there are amino acids that are important for health. And if I recommend a protein shake as a protein supplement, why can’t I recommend a protein steak for the same purpose? Especially since its texture is very similar to real meat.”

To improve the taste of the steak, Schionti turned to consult the chefs working in well-known restaurants. Recently, the growth in the consumption of a variety of meat substitutes in the EU has increased by 451%. 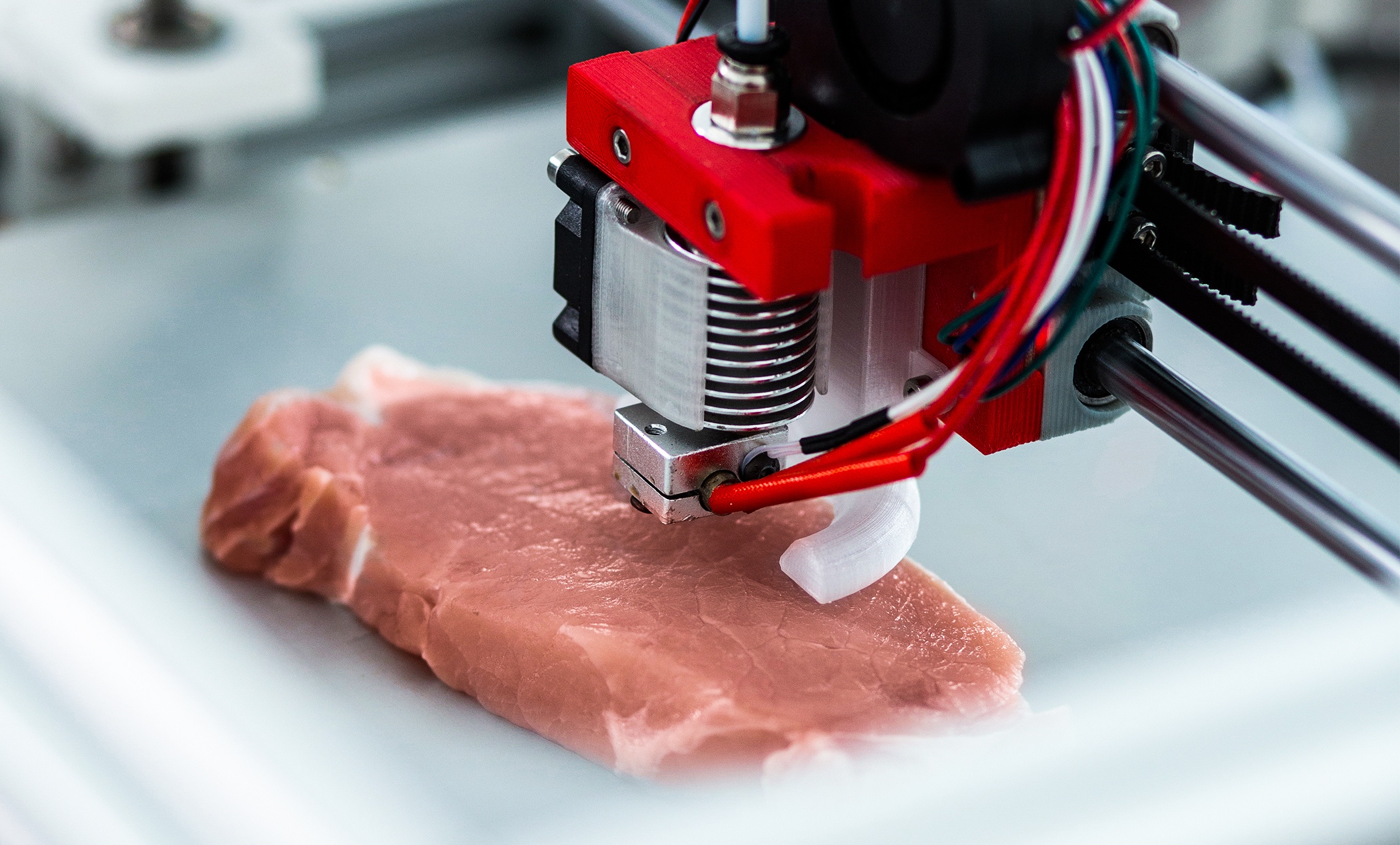 AI – assistant driver who will notice fatigue and drowsiness in time

Nowadays, driver distraction and fatigue cause about 400,000 car accidents in the U.S. every year. If the driver is distracted from the road for only two seconds, traveling 105 kilometers per hour, he can drive about 60 meters and not see what is in front or around him.

People are imperfect and can make dangerous mistakes when they focus their attention off the road. Adding artificial intelligence to the vehicle cabin can add a reliable level of safety to ensure that drivers remain alert or take action if they do not pay attention to the traffic situation.
The NVIDIA DRIVE IX software package gives carmakers the flexibility to develop artificial intelligence. The system relies on cameras and sophisticated deep learning software powered by the NVIDIA DRIVE platform in the car.

One such AI-enabled application using the DRIVE IX system is driver monitoring. Just as deep learning algorithms learn driving data to drive a vehicle, algorithms built on DRIVE IX can be trained to identify certain types of behavior and make a conclusion about whether the driver pays attention to the road – for example, by tracking the head and eyes, blink rate to assess driver fatigue and drowsiness. Depending on the manufacturer’s preferences, the system can alert the driver with audible, visual, or tactile alerts to restore focus on the road.

DRIVE IX can also monitor the environment outside the vehicle and determine if the driver is aware of oncoming traffic. If the driver is about to get out of the car without looking at the rider riding nearby, DRIVE IX may intervene, warn the rider or prevent the door from opening until the rider rides through.

In addition to reading facial expressions and sign language, DRIVE IX can use deep learning to decipher the intentions of those outside the car, such as a pedestrian on a corner or people’s gestures.

Nowadays, people are increasingly spending money on clothes and shoes. Most often this happens due to the fact that we are bored with color, pattern, etc. For those of you who love sneakers, you are probably of the opinion that there are not too many pairs of shoes. But what if the same pair of shoes can accept several designs? And now it’s possible. Two years ago, ShiftWear sneakers were invented by New York designer David Coelho, the top of which almost entirely consists of a high-resolution liquid crystal flexible display. You can change the design on a flexible e-paper display in real-time mode using a special application for a smartphone. Therefore, you can choose the look of the sneakers not only for clothes, but also for the mood. Images can be either black and white or color, which further diversifies the choice of appearance. Shoes can display both static images and animated drawings. The batteries can last up to 30 days if you use only static images. Sneakers equipped with advanced wireless charging. These shoes are waterproof up to 5 meters and machine-washable. They have a Kevlar-coated sole for durability. Moreover, this invention also has a Walk-to-Charge function, which generates a charge when performing a step. Thanks to the accelerometer and gyroscope, you can walk, tilt, move or jump to trigger the design. ShiftWear sneakers application is available on iOS, Android, and Windows, where you can use a ready-made design or create a new one. After that people can share or sell their designs with others. Furthermore, shoes have Bluetooth and Wi-Fi, advanced wireless connectivity lets us pair and share with any device. There are 5 colors and 6 different styles of sneakers: L1, M1, H1, L2, M2 and H2. 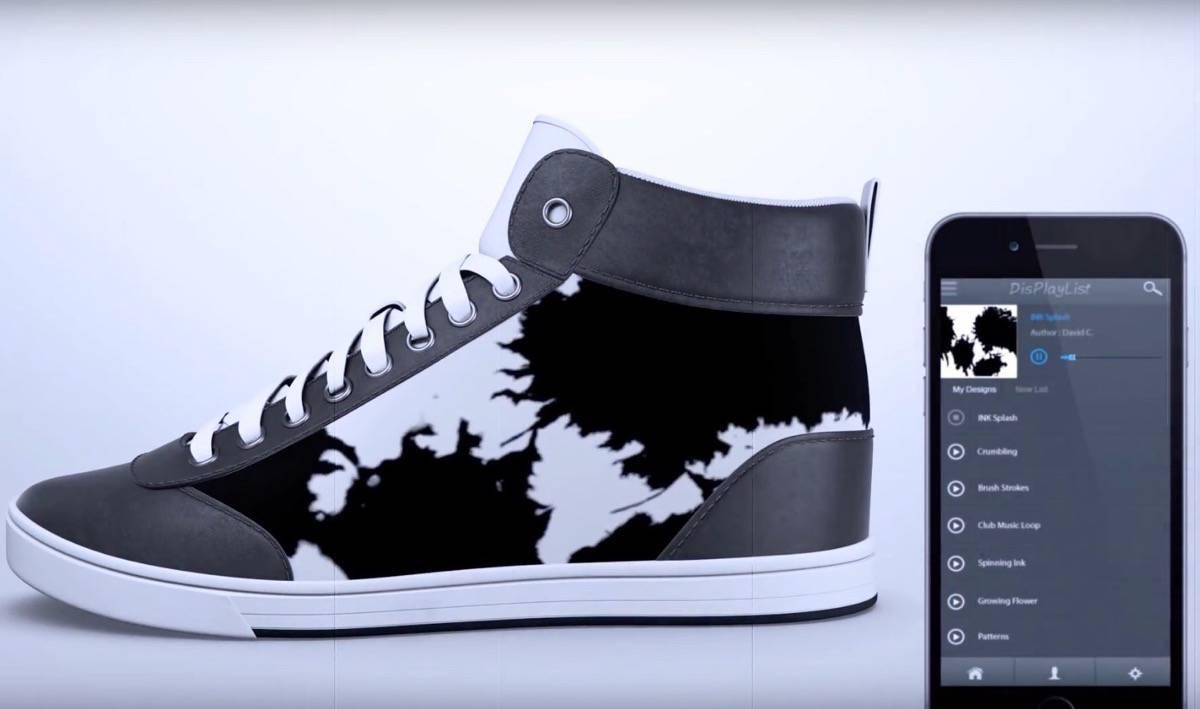