How the plane of the future will look like?

The future of flying is almost here. And it looks exactly as you’d imagine. TU Berlin student Justus Benad came up with the idea to revolutionize airplanes. In his work he wishes to reduce all costs and pollution produced by the airplanes industry. This way he created a project named „Flying V”.

His project interested the Dutch airline KLM and the TU of Delth. In 2019, KLM announced that they would finalize the construction of the prototype and then the entire aircraft. The designers’ goal is to create the most efficient machine to reduce the cost of travel. New aerodynamic shape reduce weight what give an opportunity to spend about 20% less fuel than the Airbus A350, today’s most advanced aircraft.

Things that distinguishes the Flying V  from the A350 are small wings and no tail. Hence, the plane will not have horizontal and vertical stabilizer. However, this kind of technology we can already see in B2 Spirit, the bomber of US army. The passenger compartment is located inside the wing, and their places can be in each of them. Moreover, as you can see the seats will be angled towards the direction of flight and not along the windows. Next very interesting fact is that windows will be only on one side of the cabin and at first thought, it may seem strange. However, in this situation designers can use virtual windows, such as those used by Fly Emirates. The airplane performance as distance range or speed will be similar to A350, but due to its construction it will be shorter than its competitors.

Someone may ask when we will see Flying V in the air. TU Delft has up to 30 years to create ready-to-fly airplanes. However, in my opinion we will never see it. To revolutionize airplanes industry we need a lot of money and resources that only big companies like Airbus or Boeing can afford. In addition, we need remember that all elements need to be designed and created from scratch, that makes the construction of this plane much more difficult. Nevertheless, I believe that revolution of airplanes industry is right around the corner. Today’s most popular aircraft is Boeing 737, which first version was designed about 50 years ago and it hasn’t changed much.

In 2015 a group of scientists conducted a pioneering study of breast cancer diagnosis. They gave some tissue samples to sixteen testers and asked them to sort this samples. Blood vessels and milk ducts were stained in red, purple and blue. The only task of the testers was to determinate whether the coloured patterns in the scans indicated breast cancer. Obviously, testers took some training sessions, but after all they went to work. They achieved an impressive score of 85 percent of correctly graded samples. However, scientists noticed that if they sum up single tester result, the score will increase to 99 percent. Most surprising think in this experiment wasn’t result but who were the testers. They weren’t even humans because they were pigeons. Actually, doctors don’t have to warry about losing their jobs due to small birds. However, this experiment showed that if an animal is able to cope with obtaining a correct diagnosis, then why people don’t use computer algorithm to same case. 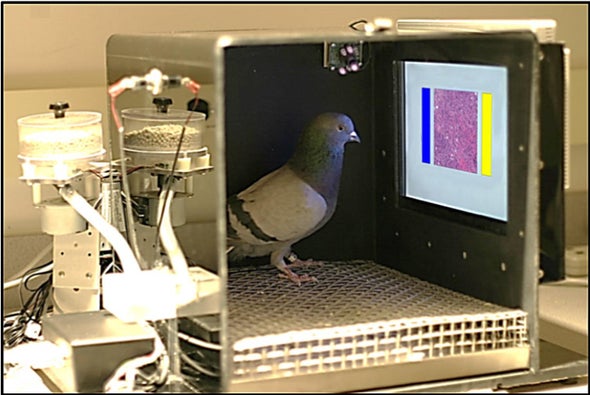 Computer algorithms already diagnose heart disease, lung disease and stroke. Moreover, there are systems that diagnose polyps during the colonoscopy procedure. We can be sure that if we can photograph and describe the disease, it is also possible to create algorithm which would recognize the disease. There is also high probability that it would be even more precise that human doctor. In addition, whole process of diagnose would be much faster and who knows maybe it would save many lives.

When it comes to your health, would you trust an algorithm? If not, think what scientists should do to change your point of view. Apple announced new generation of headphones – AirPods Max. The new Apple-designed headphones are primary dynamic driver composed of two ring neodymium magnets that minimize noise range. As a result, customer receives the high quality sound coming from the headphones. Each of the ear muffs has an H1 chip responsible for adjusting the sound to the environment, and in combination with the active noise reduction system, which give you the opportunity to feel like in the cinema. Moreover, the device takes care of adjusting it to the arrangement and matching of the pillows. Each earpiece is made of memory foam that tightly fits onthe head. Specially designed openwork material softly cover the ears. One of earpiece has a knob known from Apple Watch – a digital crown. It allows you to set the volume, resume, stop playback, answer calls, rewind songs, or return to the previous one. There was also a noise control button. Just press it to switch between Active Noise Canceling and Contact Mode. In addition to ANC, AirPods Max offer new technology which surround sound with dynamic head tracking. Using built-in gyroscopes and accelerometers it adjust the sound to its position.

The battery of AirPods Max is expected to work for up to 20 hours of listening with active noise reduction or contact mode on. Calls or turned spatial sound will work the same. In addition, a 5-minute charge is enough for 1.5 hours of use. Also,placing them in the Smart Case, turn battery into ultra-low power saving mode. To charge the headphones we need to use the Lightning to USB-C cable. The price ofAirPods Max is 2799 PLN.

Power of your mind 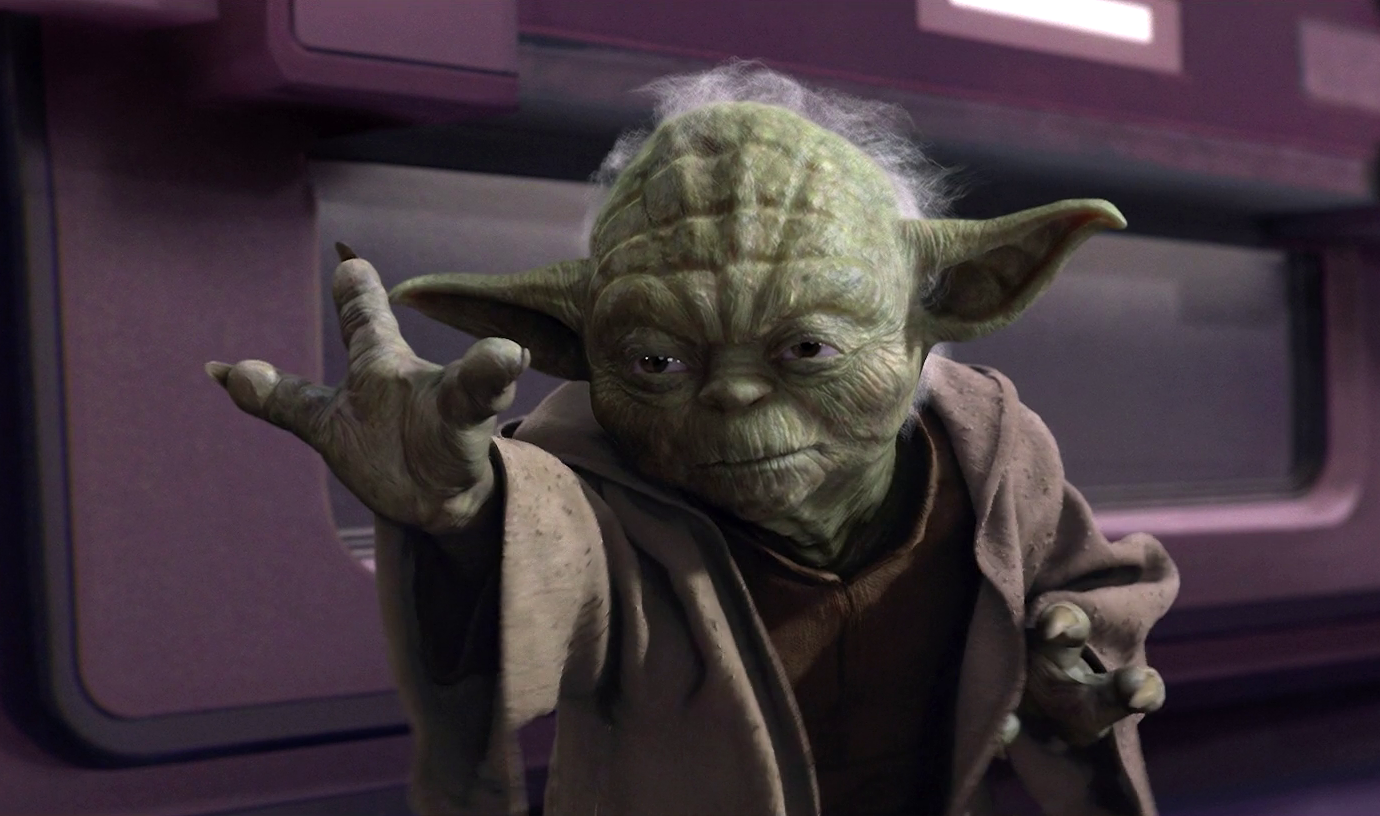 Have you ever watched ,,Star Wars” ? If the answer is ,,yes” then I am sure that you dreamed about great power of mind. Nowadays, it doesn’t have to be just a dream anymore.

On August, at a presentation broadcast over the internet, Elon Musk showed off the progress of his firm named Neuralink. He surprised everyone with appearance of Gertrude, a pig with a chip implemented into her brain. The device use technique called electroencephalography (EEG), which reads the brain’s electrical signals. EEG provides useful information that can be used in many ways and the only obstacle is human imagination. Furthermore, the Gertrude’s device carries invasiveness one stage further and makes EEG recorder a potentially permanent implant.

While Gertrude was searching for food, her brain activity was tracked on the screen. As her snout touched things, a display showed an array of dots and a series of noises indicated when more neurons were firing.

Besides, this device can control prosthetic limp and real one, which normal nerve connections are injured. It is also possible to give instructions to the brain rather than receive them. That might be used to treat hearing loss or Parkinson’s disease.

Moreover, Musk took a step further and have created a robot that will implant his device. The robot scans human brain and then it is able to precisely sew the electrode threads into place. He said it could be done without general anesthesia in under an hour. To top it all of, Musk showed the pig which had had its implant removed safely, because his plan is also to provide updates to the hardware over the time.

The next step of Musk’s vision is connection between people and machines. He wonders, if it is possible to download human memory and store it. Also, he would like to achieve what he calls ,,AI symbiosis”, which allows the human brain to merge with an artificial intelligence

Overall, this device is the next step into the future. However, we need to ask ourself do we want to share our imagination with a person like Elon Musk. Is it a good deal for us ?

Reading Time: 2 minutesOver past years, drones evolved from an underdeveloped dream to highly advanced tool that is widely available. As a result, many companies thought of different ways to implement drones to their businesses. The new idea brought by Amazon or UPS is being able to deliver goods using drone technology. Undoubtedly, this project seems to be a huge step forward of delivery service. Nonetheless, Nirupam Roy and Nakul Garg, a pair of engineers at the University of Maryland, are afraid that drone deliveries will be frequent target of vandalism. As we know, a well-aimed stone or tennis ball can easily take a drone down. Therefore, the men decided to build a lightweight self-defence mechanism which lets a drone get out of the way of missile. Dr Roy and Mr Garg think that they can replace power-hungry radar antennae or spinning lidar units by harnesses sound waves and the Doppler effect. The pair plan to equip drones with diminutive loudspeakers which would broadcast an ultrasonic tone outward from the drone. Also, those tiny microphones would listen for reflection for incoming objects. All those actions would give a chance to recognise the incoming threat and thus permit the drone to get out of its way.

Dr Roy and Mr Garg called their new invention DopplerDodge drone defence system. To test it, they have been throwing objects of various sizes at it and found out that system detects objects from distances of up to four metres away. However, the two researchers will attempt to raise the detection range to 30 meters, what will make drones impossible to hit by any irritated neighbour.