Hi, it’s me again. Today I’d like to address my thoughts on the future of jobs, which are backed by the latest forum in Davos that went under the topic: “The Forth Industrial Revolution”.

Here are some quotes from the forum that dragged my attention:

Honestly speaking, after watching the forum, I had two thoughts in my head:

Almost one year passed since prominent personalities, such as Stephen Hawking, Elon Musk and Bill Gates raised their concerns regards threats that AI brings to our lives in the nearest future and at the very beginning of 2016 online medias already seem to be flooded with all sorts of AI news which promise to be the year’s trend.

In the post I’d like to consider if AI is a real menace that can wipe us out within 20 years perspective or it’s about to give us the future our ancestors would only dream of.

First, let’s consider what Artificial Intelligence is and what goods it is able to offer us nowadays:

But as it always happens, after the rain of prayers, critics do spring up like mushrooms in a forest. Those point out at potential threats of novelties and like predicting bad scenarios. Amid well-known T-1000 with a machine gun destroying everything and everyone, such predictions sound alerting. Currently, they say these facts serve as points of concerns: As the conclusion, I need to say that AI doomsday seems to be more of a film scenario than a real life example, however, greater attention and control should be paid and imposed upon the way AI evolves, especially amid the level of interest towards it from all the parties: business, politicians, IT-ninjas and even regular people from the crowd, willing to master it.

Wrapify, yet another uber-family member? 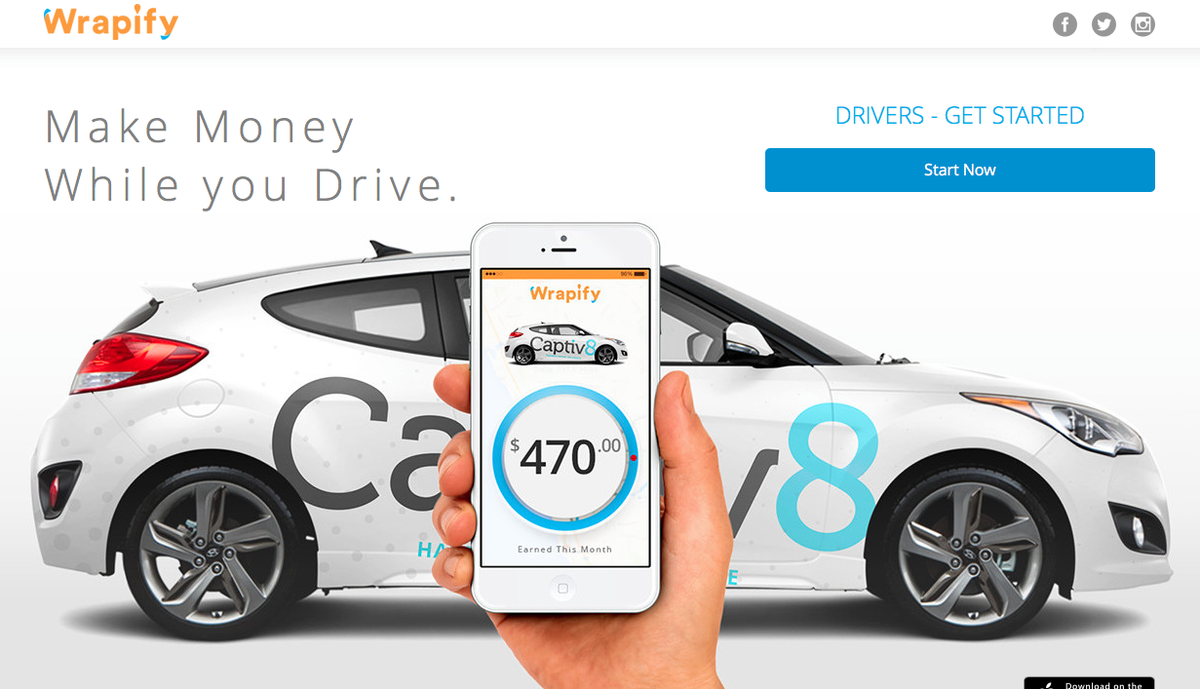 Wrapify is an advertising Uber-family startup founded on February 2015 in San Diego. Their idea is based on matching car owners ready to wrap their cars into a fancy ad with those parties willing to advertise their products or services. The company offers 3 wrap options: full, partial and panel all paying different fares per mile driven within pre-agreed locations.

Clients will pay drivers $400 to $600 per month to do nothing more than drive a car as they typically do. To work. To the mall. To a friend’s house. And drivers will probably make more money when they’re sitting in traffic or drive through particular routes.

Advertisers are, of course, footing the bill here, paying per mile, per car fees to put their message on what amounts to moving billboards. The payoff here is a higher attention than provided by stationary billboards that cover only certain areas and seem to be omitted by drivers.

Being only 10 month old the startup has raised $1M in funding and a big interest from the drivers, which is far more than from advertisers. If the idea of placing ads on cars proves itself for firms, the startup has all chances to skyrocket.

And now some reflection:

When I think about this model of attention attraction, the difference I see compared to billboards on the walls of city buildings and billboards is that drivers are unable to omit a car with a catchy cover which is riding in front or behind, simply because of attention needed to avoid accidents. The same is about passengers who rarely look up to catch an ad banner but stare around when they are bored in the traffic jam and don’t sticked into their phones. The idea sounds fresh, however to me it is still unclear to what extent ad-wrapped cars will catch pedestrians’ attention and how it is possible to calculate viewers for such advertising model. As the company claims, for one month of stationary billboard ad costing $30K it is possible to wrap 25 cars and reach 21M views compared to 1.4M standard…

How do You think, does this model have a future? And what are the potential problems of trying this model here?

Please, FYI in more details on the startup: http://www.wrapify.com/

Data on the guard of evil

Recent horrific attacks in Paris caused me to reconsider information security issues and power of data analysis (see my post on a similar topic: http://wp.me/p6NSob-2O). I was pleasantly surprised when opened my Facebook and saw the notification, saying my friends were safe, although being in the close proximity to the points of attacks. “Cool, but what if someone hacks Facebook/Twitter to use it for committing an act of terror?”, I thought. What will be the consequences if it happens on the global scale?

In the light of Russian invasion into the Eastern part of Ukraine, where I come from, it is possible to state that consequences of disinformation might have paralyzing effect.

Just to give a flavor of how powerful social media are nowadays: last year’s crash of MH17 board in the Donetsk region was promoted on the Internet (mainly Twitter and VK) as a shot of Ukrainian jet. The initial goal was to make a psychological pressure, both on government and people. However, after the attackers understood what actually happened (it took them 15 min. to understand), posted news were deleted right away from everywhere and all the channels used by them were flooded with the variety of versions, e.g. saying the plane was hit by Ukrainian jet flying after the civil board.

Another example might be messages, sent to soldiers who are in the area of fierce fights. Such information attacks set the aim of wreaking panic and disorienting the target.

Basing on the fact that ISIS and other terrorists are heavily present on the Internet and own high profile computer experts, I question myself if they might use social medias in their consequent attacks and what should be done to mitigate ones.

It was another example of how data can turn from the tool serving the common well into the weapon.

Keep calm and remember about protection, not only in the real life but in the virtual one as well, especially when the boundaries get more blurred! 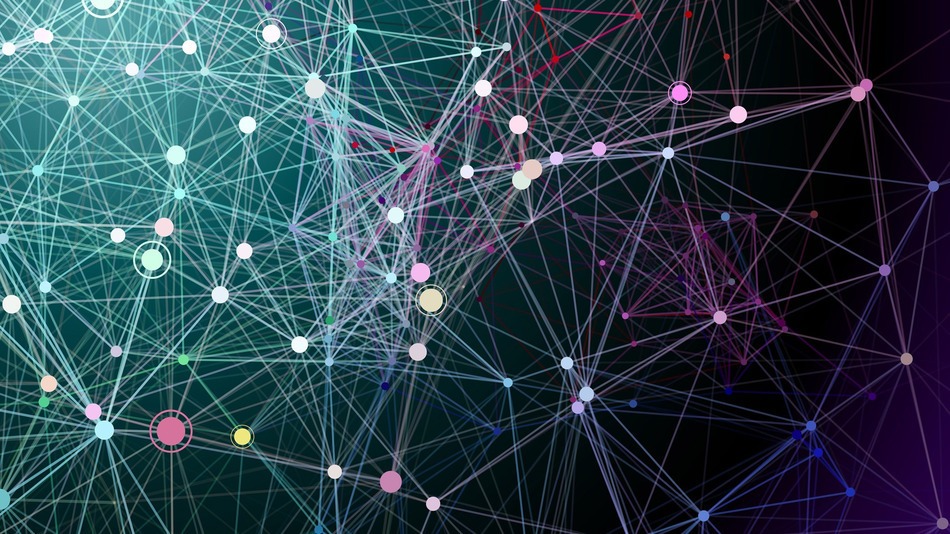 In this post you will find an outline of the advantages and disadvantages of Big Data concerning the individual’s privacy. The article stresses the contrast between the merits and risks of Big Data in a short compilation, thus allowing the reader to get a clear picture of the current issues.

Does the consumer need his privacy? Shall we, as consumers, adjust to the loss of at least some part of our privacy and settle for more comfort and better commercialized offers instead?

Privacy issues have always been raised in discussions over human rights and freedoms, but with the appearance of the Internet these concepts have slightly changed their meaning, and with the emergence of the Big Data they need to be revised once again by society.

First of all, the question arises what should be classified as personal information and where is the boundary line between privacy and publicity. Every day we buy coffee at Starbucks, paying with a credit card, post new photos to Instagram and fleeting thoughts to Twitter, leaving behind a huge amount of information imprints. Their processing with the help of advanced analytical tools allows us to make new discoveries and explore previously unknown nature of things, however, just as the Internet had once united people, thus threatening their privacy, we should ask ourselves, whether the Big Data will exacerbate this problem, or will become a springboard to a better future.

Before answering the question about the possible repudiation of the privacy for the sake of comfort, I would like to consider positive aspects of using the Big Data and our personal information in everyday life. In my opinion, they are as follows:

Apart from the benefits that the Big Data and privacy refusal can give us, their use is associated with enormous risks and the caused damage might be irreparable. These risks, in my mind, might be as follows:

Having considered the pros and cons of the partial refusal of privacy, I can conclude that each of us, sooner or later, should give up a part of the personal information for the common good and comfort. The Big Data offers great opportunities to humanity provided their rational use; otherwise they become a tool of repression and coercion, causing irreparable damage to people, and therefore, like any other tool, created by man, require careful handling and control.