It’s only been a week since the most powerful person in the world bought Twitter, so what’s happened in that time in the bird’s nest?

Let’s start with the fact that all famous personalities who were blocked for various reasons got access to their accounts, which meant that the new head of the company decided to fight against permanent blocking on Twitter. Moreover, he canceled almost the entire set of prohibited content, including racist and homophobic words. The most incomprehensible thing that has happened since Musk’s acquisition of Twitter is the dismissal of a considerable part of the employees, while now he intends to return some of them for the reason that for the upcoming update of the social network

The community had mixed reviews about this, many began to call Twitter the second Reddit with their toxic content, others believe that the social network has returned the concept of free speech. Now everyone is waiting for further actions of the new director. It is already known that Musk plans to revive the long-forgotten “Vine” and make Twitter the most reliable source of information, but it is not clear how this will be implemented.

Is this up-and-coming app a temporary success or is it here to stay? 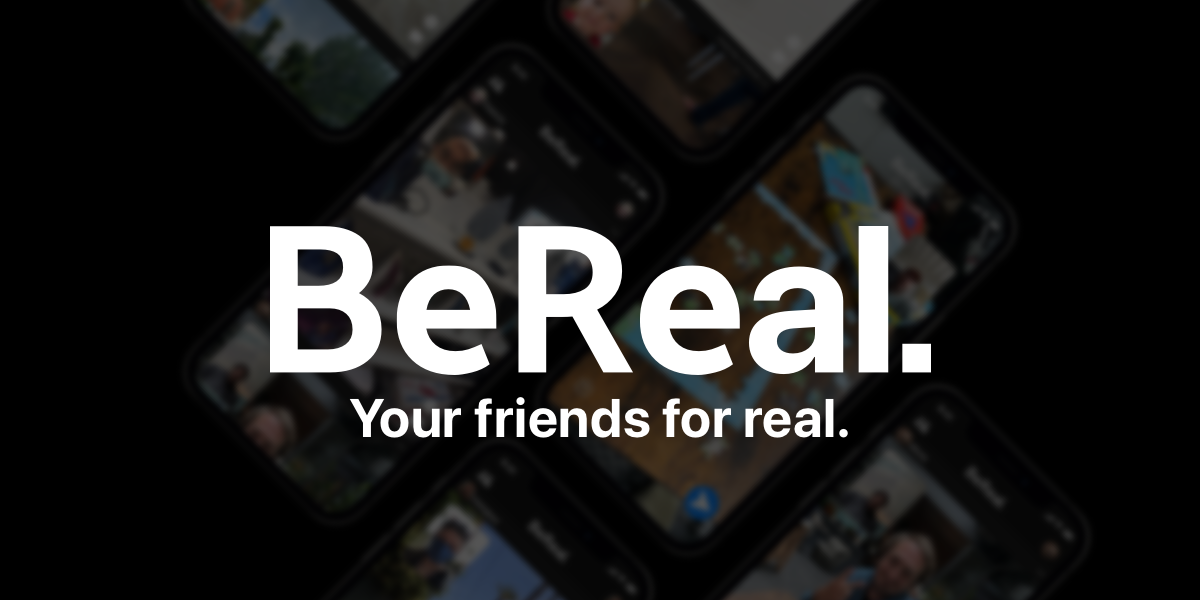 BeReal is a photo-sharing app that was launched in December 2019. It was invented by former GoPro employee Alexis Barreyat along with Kevin Perreau. The concept of the app is to take a picture simultaneously with the front and back camera (with no ability to add a filter) at a random time of day when a notification is sent. This encourages the users to be true and „real” with their friends and allows them to share a moment of their day with others.

The app started to gain fame slowly from the start of 2021. The growth of the app came mostly from word-to-mouth advertisement, the more friends you have on the app the more fun it will be. Another unique technique used to boost the popularity of the app was the usage of college ambassadors. They were invited to promote the app across their campus for small gratification which allowed BeReal to ultimately grow in the United States. This was a huge step forward because the app started to be recognized by new investors. Already in June company Andreessen Horowitz invested $30 million in BeReal.

As of today, according to research from Sensor Tower, BeReal has seen a rise of active users by 2253% since January 2022, it also reached 53 million installs worldwide across the App Store and Google Play. However, only 9% of the users on Android open the app every day as of the third quarter of 2022. This percentage compared to the apps such as Instagram (39%), TikTok (29%) or Twitter (18%) is relevantly low. In most cases, active users are a better indicator to evaluate if the app stays successful rather than downloads since some people might just download an app out of curiosity. It must be taken into account that the majority of people in the United States use IOS instead of android therefore some statistics may be inaccurate.

In the past month, the rapid growth and innovative concept of the app made it recognizable to the competition. In July Instagram started to experiment with its Dual Camera future. Moreover, recently TikTok adopted its new future TikTok Now which is the knockoff version of BeReal. The ideas aren’t patents so BeReal can’t do much about being copied. The app can only hope to keep up with its users and their demands and some wonder whether it will stand the test of time or will the leading apps take initiative.

I think that BeReal might have a problem staying successful. The percentage of daily active users is a very important factor that can indicate the direction that the app might go. The current 9% of daily active users might not be enough for the app to maintain its hype. I have been using this app for the last couple of weeks and I have observed that users over time are beginning to be less active. I think that because of the randomness of the time when an application asks you to take a photo, it is hard for people to get into the habit of using it every day. Moreover, a huge problem that BeReal has to face is being copied by other bigger apps. With TikTok Now already implemented, it will be only harder for BeReal to gain a new audience. It will also be harder to introduce subscriptions because the competition does it for free.

Furthermore, as of now, BeReal is not making any money and the support of investors is crucial for its development. It is not an uncommon procedure; apps such as Facebook or Snapchat also first gained their user base and only later introduced advertising. It is very probable that in the future BeReal might need to add in-app ads or subscriptions to generate profit or even survive. I do not think that this will be a huge problem because users are used to seeing ads on a daily basis, so it probably would not bother most but it is still a thing to consider.

On the other hand, BeReal has a high chance of adding new, never-done-before features and updates, which will help the app stay relevant and generate more users on a daily basis. In my opinion, the fact that BeReal employees are younger will also influence the performance of the app as they are aware of what is considered trendy and ‘in’ at the moment, amongst the younger generation.

What do you think will happen with BeReal? Will it stay successful or slowly become irrelevant?

Each of us has heard about the idea of a modern and intelligent home. Self-closing doors, gates, curtains, lights that turn off when you clap your hands, your favourite song plays after saying its title, one-touch temperature control throughout the house, sensors and tons of other possibilities. Is all this possible or is it just an idealized reality?

Many of the tech companies, instead of focusing on common development and innovative solutions to smart homes for all of them and consumers, create solutions that compete with each other.  For example, devices manufactured by Apple for HomeKit are based on a different system and operation than devices distributed by Amazon such as Alexa (Zigbee, Z-Wave, Wi-Fi, Cloud or Bluetooth). Which discourages consumers from using a smart home, because it takes too much time and effort to figure out which devices are compatible with each other and work in conjunction with each other, and eventually give up the whole solution.

“That’s where Matter comes in.”

What is Matter? Previously called Connected Home over IP – CHIP for short is a smart home device system. The operating system is based on the possibility of free communication between technological devices at home to increase security and efficiency of use in everyday life. Over the years, the idea has been joined by corporate giants such as Apple, Amazon, Google, Samsung and also smaller companies.

“The smart home should be a natural evolution of our homes, bringing better appliances, better systems, better experiences.”

Matter wants to meet the expectations of an ideal smart home, all devices designed by the companies participating in the project are to interact with each other without any problems using the application. And all this is coming soon! At the end of 2022, the first devices with their certificate will be introduced. What distinguishes Matter from previous efforts to create a smart home is technology based on IP technology, which means that the solution they use is designed to provide pipelines and language for communication between devices without the need for constant internet access.

It will be a completely different, modern and, above all, effective solution for creating a smart home, meaning development for Google Home, HomeKit and many others.

Reading Time: < 1 minuteNo wonder that in Facebook launched an initiative Tuesday with slow internet. With a little work one hour a week in the 2G-mode connection, the staff social networks quickly devised a way to make Facebook more pleasant for people with slow internet.

Most unlucky owners of devices based on Android, since to date only in the application to the operating system the opportunity to add comments to posts offline. About new function reports The Next Web. Now all the comments written by the user, the application will be stored until the next connection to the network. Re-connect to the Internet, the program will publish your comments on Facebook.

Recently, Facebook is also to change the mechanism of formation of news feeds on a slow connection or total absence. Now tape the user will be displayed not only fresh content, but also the older ones, have not yet viewed the records that had previously load. It is still better than to look at the download icon.

On Facebook they said they are working to improve that allows you to automatically update the tape during the day when you are connected to the Internet. If Facebook-dependent will be happy to this fact, others likely will disable this feature due to the application, in any case much battery power, regardless of the device and the operating system.