Saventic – the future of healthcare

How many of us have heard or experienced waiting in lines to see a doctor, receiving a misdiagnosis, months of searching for the right specialist, and feeling powerless about it? In the case of rare diseases or neoplasms, the diagnostic process takes up to 7 years from the first symptoms to appear. Sometimes it is too late for a sick patient because only 1 in 8 patients is properly diagnosed and treated because from 7000 rare diseases only 10% of them have a treatment. Now the diagnostics process of rare diseases is complex, far from optimal and the problem has been neglected for many years even in developed countries.

Fortunately, the development of medicine and science allows for the improvement and cooperation of these two sectors. Even from an epidemiological point of view, a Google search engine that was not designed for it was able to identify the symptoms of COVID-19 before its infection surged and was recognized by doctors. According to Dr Elena Ivanina, a gastroenterologist at Lenox Hill Hospital:

If a device not intended for the diagnosis of diseases can work wonders, you can only imagine what effects we will get with Saventic.

Saventic is a company dealing in the diagnosis of rare diseases based on artificial intelligence, it creates comprehensive solutions to support healthcare systems. Saventic offers two platforms based on SARAH  which uses AI algorithms with different diagnostic approaches on two levels of use: first – Saventic Medical API for clinics, hospitals or professional medical units and second – Saventic Foundation which is a new idea, a platform for patients that offers the possibility of a private diagnosis of rare diseases.

Saventic Medical API is a B2B opportunity for healthcare providers  to make correct diagnoses in a faster and easier way. Also improvement not only in the diagnosis but also in the treatment of less common diseases and in area of knowledge about their symptoms or course of illness based on the collected data. The Foundation is a B2C application for patients seeking diagnosis. This is the second way to reach patients with rare diseases, not only to analyze databases in hospitals, but also directly to patients. The Foundation is currently supporting patients with metabolic and blood diseases, solutions for other diseases are under development. Algorithms for Gaucher’s disease, Fabry’s disease and blood cancer are currently being commercialized.

To sum up everything that has been stated so far from year to year, organizations such as Saventic will improve the work of doctors and disease diagnosis, as well as improve treatment methods and knowledge of their symptoms. Such a modern medical solution is a novelty on the Polish and global market.

According to statistics provided by Facebook this year, their “website currently has over 2.8 billion users per month, of which 1.9 billion use the website every day”, which undoubtedly shows how huge the global success of the website is. Along with tremendous success, there are also many challenges of good and bad fame.

Not more than 17 years ago, when Facebook began to be popularized, everyone was delighted with the possibilities social media offer. The following years were a good time for Facebook and other social networks, which were gaining popularity among people of all ages, every corner of the world and with various interests.

In the beginning, it was a hit, every day users shared their thoughts, photos from travels and everyday life, shared songs, quotes, commented and liked posts with others. Over time, users stopped engaging in creating their profiles, and then increasingly stopped wasting time scrolling. More and more often we can hear about detox from social media, setting a time limit for their use or completely uninstalling them. Growing negative feedback due to scandals, data leaks for Cambridge Analytica to prepare political campaigns, and the publication of algorithms by Frances Haugen showing how the company increases profits at the expense of society by driving hate and arguments or failure to stop the dissemination of material from the Christchurch terrorist attack, has sufficiently rejected users.

After all the situations that put Facebook in a bad light, at the end of October this year, Mark Zuckerberg announced that the platform was renamed “Meta” in order to seemingly distract users and start a new chapter. This name comes from the concept of Metaverse called “new internet”, the idea of which is to build a virtual world connecting millions of users in 3D technology. The idea may seem distant when it comes to an uprising, but the work on its creation has already started and a huge amount of money and experts have been invested in it.

With the implementation of the idea, the first concerns also arise. After so many mistakes and the instigation of toxic relationships on the platform, how would users trust Facebook’s next project? Despite promises to create a safer place for the community, it is almost impossible to control the behaviour of such a large community. Deputy chairman of Augmented and Virtual Reality at Meta, Andrew Bosworth warns, saying:

Will the name change and the new Meta idea change the image of Facebook? Will they manage to create a place friendly to everyone and change the users’ opinion about them? Is it just “sweeping the problem under the rug”? Each of us will have the opportunity to answer these questions, after implementing the idea soon.

MyKROSS is a free application available on mobile devices with Android and iOS. It brings together cycling enthusiasts of various levels, from those who go for a short ride on a bike to professional cyclists for long distances.

The app allows users to scan their KROSS’ bike, one or more, with the NFC code and add it to the app. The user can also add a different brand’s bike manually. After the bike appears in the application preview, the user can obtain all possible information about his model, the number of the frame, forks, wheels, driving elements, brakes and much more. 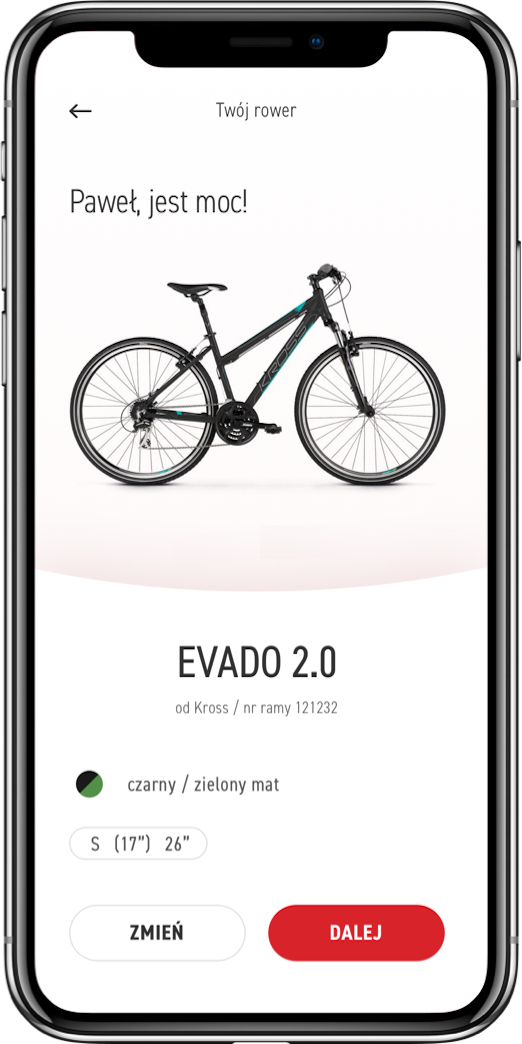 The application offers the creation of a community in which users create routes for cycling and share them in the application for the other bike enthusiasts by adding ratings, photos, and comments. Then, other cycling fans, regardless of what part of Poland they are in, can use the proposed routes in their area, filtering according to the length of the road, surface or opinions and comments. The application informs the cyclist on a current basis about the distance, speed and time covered by him and displays the route covered so far. Records all parameters that can be shared with other cyclists after the completed route.

Based on the interaction with the user, the date of purchase of the equipment and the number of kilometres travelled in different weather and terrain, depending on the bicycle manufacturer the application will suggest to the user a technical, warranty, periodic or seasonal review of the bike or its specific elements. 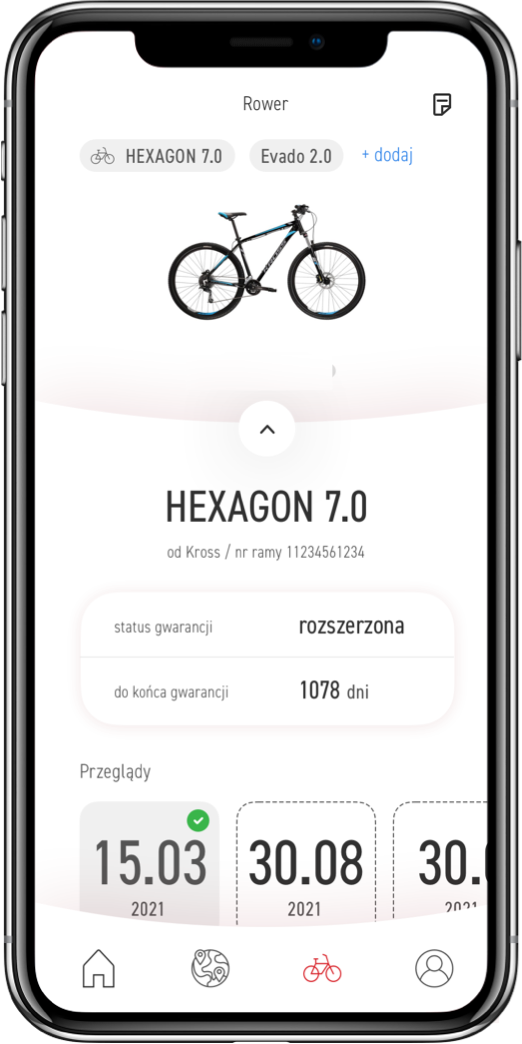 In the application, the user has access to the full specification of the bike even when he does not have it with him which allows checking the necessary information about the bike’s accessories, and then using the map of service points and shops recommended by KROSS to do the review, buy new equipment or prepare the bike for the cycling season.

MyKROSS is an innovative application for customers of the KROSS brand and the other cyclists. Not only for those who start their adventure by riding a bike or like to go for a short ride, but also the professional ones. It enables and makes it easier to check regularly your bicycle equipment. Allows you to discover and share new interesting routes and share your passion with others.